Who was Effi Barry? 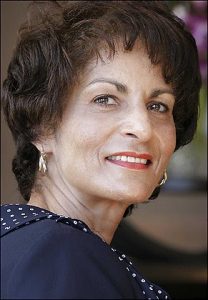 The Effi Barry Training Institute, led by HealthHIV, is named after a former Program Director of the D.C. Department of Health HIV/AIDS Administration, and the former First Lady of Washington. Effi Barry devoted more than a decade of her life to public health work, including to HIV/AIDS 1.

Barry earned a bachelor’s degree in home economics from Hampton University in Virginia, and a master’s degree in public health from City College of New York3. She was the First Lady of Washington during her husband, Mayor Marion Barry’s, first three terms in office, from 1979-1991. She then left the District, and continued her career in public health.

From Washington D.C., Barry returned to her alma mater, Hampton University, as an instructor. There, she taught health and sexual education for 12 years1. Upon her return to D.C. in the early 2000s, Barry became devoted to improving the health of District residents. First, she worked for a local nonprofit supporting children in poverty1. Effi Barry then became the Program Director for the D.C. Department of Health HIV/AIDS Administration1. Regarding her work to promote HIV/AIDS education in southeast and northeast D.C., Barry said, “In a way I tried to step up and…encourage the city to show compassion”2.

In 2006, Barry began a year-long battle with leukemia, but continued to promote health and disease prevention for District residents, and for African Americans, in particular1,2,3. Two months prior to her death, in an interview about her life and work, Barry explained that she became public with her illness to advocate for people to become organ, blood, and bone marrow donors2. “If I can use my personal journey then this is what I am willing to do,” she said2.

Barry died from acute myeloid leukemia on September 6, 2007. That year, the D.C. City Council founded the Effi Barry HIV/AIDS Program in her honor. It began as a two-year capacity building program, but has continued for more than a decade, and is now led by HealthHIV as the Effi Barry Training Institute.

In the Deeper Conversations podcast, we delve into HIV, child birth, health equity, and more. Click here to learn more and listen to the podcast.

Stay up to date on capacity building trainings and technical assistance opportunities with The Effi Barry Training Institute. Sign up for notifications here.